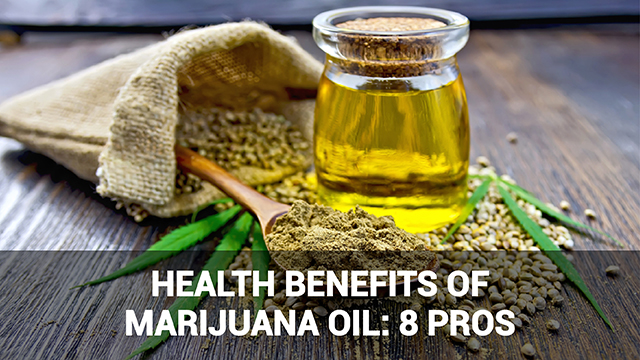 Dagga – also known as cannabis or marijuana – has always been a subject of debate. Although some dismiss it as a mere recreational drug, various dagga health benefits are well-documented. Before the plant became synonymous with ‘getting high’, dagga was grown for medicinal purposes widely. Some of the medicinal properties of dagga are surprising. Here are eight:

Chemical compounds present in dagga, cannabinoids such as THC, provide moderate pain relief. This combines with dagga’s soporific effect to provide individuals who are kept awake by chronic pain and discomforting medical conditions to get a good night’s sleep.

3.    Cannabis may have health benefits for cancer patients

Several studies have found promising signs that dagga could inhibit cancer spreading and even initiate programmed cell death in cancerous cells. Although more human clinical trials are required to obtain conclusive results on marijuana’s cancer-fighting properties, the initial research has found heartening potential. Due to red tape (such as researchers in US states where cannabis use is legalized being bound by federal law), more research is necessary.

4.    It may ease negative behaviours associated with Alzheimer’s disease

According to the Alzheimer’s Society, studies have found that moderate cannabis use may reduce negative behaviours associated with Alzheimer’s disease, such aggression and agitation. Although there have been some claims that dagga health benefits include complete Alzheimer’s prevention, more studies are needed to determine any clear link between cannabis use and prevention.

The group of medical conditions affecting the eye collectively referred to as glaucoma can result in complete vision loss. This serious condition results from heightened intra-ocular pressure (pressure in the eyeball). Initial studies have found that one of dagga’s surprising health benefits is that it reduces this pressure temporarily.

Parkinson’s disease is a degenerative condition where certain cells in the brain break down and die. The condition has a variety of distressing symptoms, including tremors, rigid muscles and impaired posture and balance. Studies have found surprising dagga health benefits relating to Parkinson’s. Not only did dagga reduce pain by 27% percent in one study. It also is thought to improve anxiety, sleep dysfunction, weight loss and nausea.

Getting enough sleep is pivotal for good health. It’s the time our bodies recharge and are able to fight viruses and other conditions that negatively impact health. Dagga is well known for its soporific, sleep-promoting effects. It’s thus become popular with individuals who have chronic pain that keeps them awake, too.

8.     It may promote better health in Hepatitis C patients

Medical marijuana is thought to have some health benefits for people who have Hepatitis C. This liver condition has no effective vaccine due to the virus’ ability to mutate effectively. The health benefits of dagga for hepatitis C sufferers, however, include stabilizing associated weight decline.

Alternative remedies for health conditions have long been popular, yet dagga health benefits such as the surprising benefits outlined above are only beginning to be understood. As more research is carried out, we will likely discover many further health benefits of cannabis.