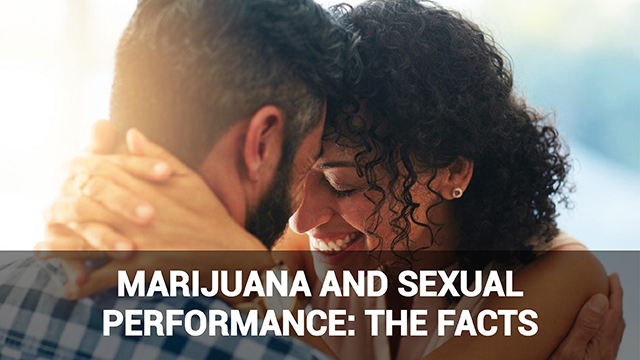 Who would have thought that marijuana could be used to spice up your sex life? Marijuana and sexual performance might seem counterintuitive as a duo. After all, the plant (also known as cannabis, weed, and pot) is a relaxant, rather than a stimulant. Its used widely to treat a range of conditions, from chronic pain and stress to cancer, glaucoma, and more. Yet it also affects sexual performance. Here are 5 facts about marijuana/dagga and sexual performance:

1. It may amplify sexual stimulation

Many people who are frequent consumers of marijuana say that weed helps them to get aroused. There is no recorded evidence to prove this claim, due to an absence of any sufficient scientific study. Yet research does suggest that being sexually aroused after taking cannabis depends on the mood of the cannabis user at the time.

A poll conducted by Psychology Today, for example, revealed that about 20% of people found their degree of arousal once high depended considerably on the mood they were in at the time. Another 67% admitted that cannabis helped them with sexual stimulation.

A study published in the Journal of Sexual Medicine in 2010 revealed that people who consume marijuana frequently may take longer to reach orgasm, while others reported reaching climax quicker. Still others reported difficulty attaining an orgasm at all (primarily men in the study). Thus it’s hard to definitively state whether cannabis completely enhances or lowers a person`s sexual performance.

A study published back in the 2000s suggested marijuana consumption decreases testosterone levels in the body. In men, this is a key hormone involved in sexual appetite or libido and stimulation. Further research proclaims that the abnormal change in testosterone level can cause physical abnormalities in men.

4. The link between marijuana and sexual performance is mood

The reason why marijuana and sexual performance are linked is largely due to the importance of ‘mood’ in both marijuana’s effects and sexual activity.

To explain further: When marijuana users get ‘high’, feelings and the senses are enhanced. This enhancement can be the key to feel sexual activity more intensely and pleasurably or, if anxiety or other undesirable emotions are present, feeling worse than the individual might had they not consumed any dagga at all.

An article for The Cut describes how marijuana has used as an aphrodisiac since ancient times. Though some dagga users suggest that performance is better than when both parties are high, there is a downside to using marijuana in the bedroom. If you have consumed too much to comfortably enjoy stimulation, sexual activities may produce more anxiety than pleasure. Other side effects of weed consumption, such as having an extremely dry mouth, also can interfere unfavorably with sexual intercourse.

Even though different people’s experiences of marijuana and sexual performance differ widely, there are still many who enjoy the variety and mood elevation recreational use brings to the bedroom. Medical marijuana also assists those who are suffering from frustrating conditions such as chronic pain, making it easier for them to entertain possible sexual activity.